Like so many both in the technology industry (and at this point on our planet), I am addicted to my smartphone. I am seized with momentary panic if I think I’ve forgotten it, which is only assuaged when I unearth it from my purse. It goes with me everywhere, and probably gets more attention than it should. On the other hand, how else does a human react to something that provides entertainment, information, a camera, and which responds best to gentle taps and strokes?

My husband and I have been in lockstep on phone models since we got married. This is partly for cost considerations, and partly because it’s best if two geeks don’t experience serious envy of the other’s “better” toy. We are now on our third smartphone, a numerically-appropriate (for us) Samsung Galaxy S3. After using it for the first few weeks of 2013, it’s time to give it an initial review. If my opinions change dramatically I’ll be sure to post a follow up.

The processor upgrade and better OS mean this is a fine little computer when it has the right connectivity (see The Pains for more on that caveat). Not only is it more usable in general, there are shining specifics. For example, the talk-to-text feature screams along at a pace that only the best court stenographer could beat. I now find that this is a feature I can use regularly for texts and emails, rather than a feature I used only in a pinch. I feel like I have HAL in my purse.

Take A Picture Why Don’t Ya

The camera has a few more bells and whistles and better resolution, while still retaining the “Text” mode I used often. If you want to take legible pictures of receipts, documents, or whiteboards this mode can’t be beat. I also suspect it is handling low light situations better. I haven’t played with it extensively, but here are a few shots for sake of example. 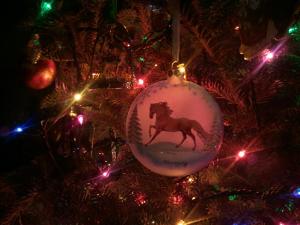 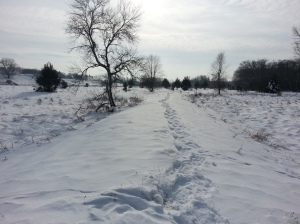 Crisp Wisconsin Winter from the S3

When you include Google+ and Instant Upload into the camera scene, you have a feature that I believe iOS users have enjoyed for quite some time: automated cloud backup of your phone images. My phone is my primary camera, so I appreciate this feature a great deal. It’s one of those “butler” features – something swans in and takes care of a problem for you before you’d even realized you needed help. Did this exist in previous Google+ for Android versions? Possibly. Did something prompt me with “Shall I take care of this for you, madam?” before and just make it so? No.

I do not know whether Android Jelly Bean or the Galaxy S3 deserves the credit, but the battery life on this phone is easily 5 times better than my old Galaxy S. Where once I sought a charger like a junkie seeks a fix, I can now leave my phone un-tethered to any cord for hours and still use it. I have high hopes for being able to take it on a vacation and not have to plot how I will recharge it over lunchtime.

I have stubbornly clung to US Cellular with perhaps more persistence than my husband would prefer. I drive through rural areas of Wisconsin more often than I am near an interstate highway, and US Cellular has – in my experience – done a better job with broad coverage than the larger national carriers. My standard is “If I can’t call the vet from the barn, your service is no good to me.”

Unfortunately, the Galaxy S3 has a cruel flaw: it has about 20% poorer reception than the old Galaxy S. This is depressing in a number of ways. I used to be able to stream music – on good days – at my desk via my favorite app, Pandora. The old Galaxy had to struggle, but most days it would manage to patch together enough connectivity to help me drown out the noises of the nearby hallway and periodic manufacturing sounds. Alas, the S3 can barely find enough service to get texts, email, and voicemail notifications at my desk. If my phone rings, I have to bolt for the nearest window before the caller hangs up on the strange creature that is garbling on the other end. I have lost my streaming music completely, which is acutely painful for me. We are going to throw some money at the problem – like the true addict I am, I won’t give up even though this is a pretty fundamental failure. ‘

On the plus side, there’s still just enough reception for me to play my Pandora “Joao Gilberto” station while riding in the indoor arena. You wouldn’t believe what good it does a high strung horse and rider to have Brazilian samba softly playing from inside a winter coat.

There’s An App For That (Once I Re-install It)

Starting over with a new phone means a certain amount of built-in housecleaning. Did I really use that app? What was essential again? Dammit, I forgot to install <insert app name here> and I don’t have enough signal to bother trying now. I’ll remember when I get home, right? Or not…

As you can see from the screenshots below, the cupboard of apps is a little bare. There are some installed but lacking shortcuts, but I am nowhere near done. What I’d just love is if the Google Play store had a “want to set this one up with the apps you installed last time?” button. It knows what I’ve been up to for pity’s sake, why not make upgrades easier?

Nothing seems to hose up your contacts like switching a phone. I am going to have to bite the bullet and convert all my contacts over to Google contacts and kill off all the other foundlings imported from phones past, Twitter, and proprietary apps of dubious origin. I’m going to pretend I’ll do this during down time over vacation. Riiight.

In the end, it’s a keeper – the joys outweigh the pains, and we’re outside our return window, so we’ll throw some hardware at the desk connectivity problem and hope for the best. If not, I’m going to have to go back in time and rip all my old CD’s, or get really good at downloading NPR “Tiny Desk Concerts” ad infinitum. The things we do for our addictions.

This entry was posted in Geekery. Bookmark the permalink.

This site uses Akismet to reduce spam. Learn how your comment data is processed.